[Video] #MarketingMonday – Are you in control of your brand and business? 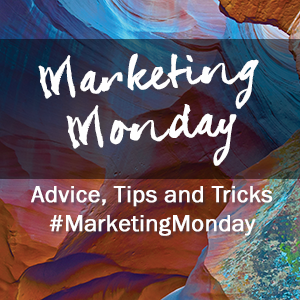 Today’s Marketing Monday is about… Are you in control of your brand and business?

Good afternoon. My name is Amanda, and I’m from Koogar.

Today is marketing Monday. What I’d like to talk to you about, is … Well, the question I would like to ask you, is, are you in control of your own brand. What’s the answer to that question? The reason why I’m asking that question is, that Facebook recently, last week, Mark Zuckerberg has said he’s going to make some changes on Facebook, with regards to businesses, the amount of business brand, News Feeds, information that’s coming into the News Feed.

It’s more about people-to-people, not business to business (B2B), or business to community, or business to consumer (B2C). What he was talking about in his post that he put on … I think it was the 12th of January. I’ll pop it in as a link under here, so you can have a read of it. What he posted, was basically saying that a lot of business pages, a lot of the information that we post, isn’t going to be seen by … He’s going to reduce the amount of times that it’s going to be seen for people who use Facebook. Facebook is for friends. He wants to bring back the community feel. 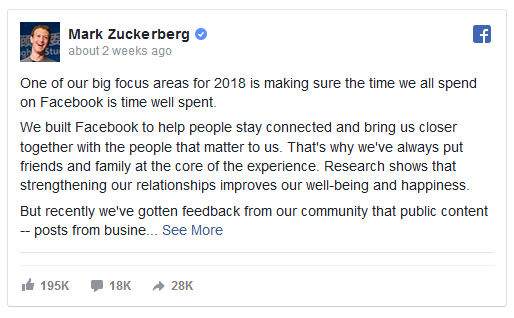 For example, I have an Auntie. She lives in Canada. I don’t see her. Full stop. Okay? I don’t see her full stop. Facebook has enabled us to connect together. Last year we connected and started talking. Sorry, I’ve got a bit of a cold. Connected last year. Basically we can now talk on Facebook. We talk to each other. We see each other. We comment on each other’s posts and things. I do it with family, who live in Bermuda, people who live in different countries all over the world. Facebook is here, to make us feel like we belong as part of a community.

Well, what’s happened over the years with social media is that Facebook, not just Facebook, but social media as a whole, has put a negative spin on things as well. A lot of people look at Facebook and think, “I wish I had that life.” People are sharing all the great things that they’re doing. They’re going out for dinner. They’re going on holiday. Their beach photo’s with their legs on the sand and all of that kind of stuff. And their not sharing, bad stuff.

Some people don’t share the bad stuff, which I understand and I get. Actually, social media has changed the way, in which we view other people’s lives. I think that this is the main reason why Mark Zuckerberg is going to change the News Feed, because he wants people to connect more. He wants people to speak to each other more, and get involved with each other more. It’s a community feel. I’m not going to go on about that.

People are complaining that Facebook can’t do this. It’s not fair. In other places, people are saying, “Well, websites don’t work anymore, and blocking doesn’t work, and this doesn’t work.” The reason why I’m talking about, are you in control of your brand, is because what happens, if Facebook decides to charge you, a lot of money, or me, a lot of money, to be able to put your stuff, have a page, have a group, post your stuff with regards to business tomorrow? What happens?

The reason why I’m talking about this, is because it was mentioned, you know, with Mark Zuckerberg changing this algorithm. The reason why I think it’s important to talk about, are you in control of your brand is because, if you put absolutely everything onto social media, on Instagram, on LinkedIn, whatever platform that you actually use, what happens if that goes down? If you’re not in control of it, if you don’t own it, if you don’t have it, if you don’t save it on your desktop, or in your computers, or anything like that, what happens? What happens?

People are talking, but you know Twitter’s dying as well. These things aren’t dying. It’s just that Business Owners have this thing called, the shiny object syndrome, where they think, “Ooh, there’s a new social media platform. There’s something else happening. I need to be on that. I need to do stuff on there.” Where in actual fact, this is why integrated marketing comes in handy, number one. Integrated marketing is important, number two. If you integrate your marketing, it’s not just about being in one place at one time. You’re actually in a lot of other different places at the same time.

For example, integrated marketing is about being in different places, having different touch points for the customers that you have, and the customers that you want to have in the future. Also, it’s about how do you connect those dots together. For example, I’m doing a Facebook live. I will download this and I’ll put it onto YouTube. I’ll take it off YouTube and I’ll put it onto my website.

I’ll also get it transcribed on Rev.com, which is a new thing that I’m using, which is absolutely fantastic if you want things transcribed, or subtitles put onto the bottom of your video. It is an awesome website. Can’t recommend it highly enough. They get it done so quickly. Job done. It’s brilliant. I’ve used it for the last couple of weeks. I’m stepping up my game with regards to what I’m sharing, what I’m posting, what I’m trying to tell people about integrated marketing.

What I want you to think about, it isn’t about, is my stuff going to be seen on Facebook, is it not going to be seen, because the algorithm has changed, it’s about connecting with those people in a way, where they are able to see your stuff, as and when they require it. It’s not about you pushing out that information and being in their face all the time. It’s about them picking it up, when they need it. You know, unfortunately, we can’t be relevant to all people all of the time. However, when we are relevant, when they do see us, hopefully that’s the time that they actually say, “You know why? We need this thing.”

I just wanted to say that, I don’t think that what Mark Zuckerberg has said is a bad thing. It’s just a thing. You know, business changes all the time. You’ve also got to think that Facebook is a business themselves. The way that they make their money is through advertising. They don’t want to stop brands from being seen. The way they make their money is through the adverts that we put out, the boosting posts, the supportive posts, all of that kind of stuff, whether it’s connected to Instagram or whatever. That’s how they make their money. If they decide to charge us tomorrow, are you prepared to say, “Yeah okay, I’m in.” Yeah? If it’s all about putting your stuff on one platform and not having it in other places, you’re going to get scuppered. You’re going to get caught out. You’re going to be blaming other people, because you haven’t prepared.

Don’t think that just because you put all of your stuff, whether that’s on Facebook, Linkedin, Twitter, Snapchat, Instagram, wherever else that you put your stuff, Vimeo, you know, wherever else that you put your stuff, don’t just think that it’s safe there. Have a backup. Have a website. There’s a lot of people I speak to recently, “I don’t need a website. I’ve got Facebook.” Well, you know what? If it goes and Mark Zuckerberg says, “You know what? We’re going to take business completely off Facebook.” What would happen?

I doubt that would happen, but what I do think … My thinking of how it’s going to be, is that in future, we will be paying as business owners. We will be paying to be on Facebook. Why not? Why wouldn’t he want to make more money that way, in terms of allowing this to spread out products and services to connections that we might not ever meet. For him it’s not always about the money is it either. It’s about the connections and how he can help other people. What we do is about helping other people. Not me generally, but as a business owner. That’s what we’re here for. We’re here to help the clients and people that we get in front of.

I just wanted to talk about that. I think that, that’s important. Don’t be worried that Facebook and whoever else changes their policies or changes the way that they do business. It’s always going to happen. Just know that for a fact. Just be prepared that if something major happens, you’ve got backup, you’ve got your photographs, you’ve got your videos, you’ve got your content, your blogs, your posts, whatever else that you post out there. You got them in a safe … Just be in control of your brand. Okay?

The only thing that I want to leave you with, is … I keep mentioning about my Koogar Academy. You probably know about that. Today, I want to talk to you about my podcast. The podcast is called, The Integrated Marketing Podcast. You can find that at integratedmarketing.com (I meant to say www.integratedmarketingpodcast.com). I’m going to be kick starting that again this year. Last year, it got up to nine episodes, which was great. I’ve only just started the podcast. We’ve all got to start somewhere. Nine episodes.

I’m in the middle of a series about email marketing. I’m going to finish that series. I’ve just got new introduction done, intro and outro, which is all cool. Got to put that together this week. And then I’m going to be working on some art work in the next couple of weeks.

Today’s #MarketingMonday. I hope you’re going to have a fabulous week, number one.

I hope you do something different with your marketing.

Don’t just do something that everybody else is doing. Change what you’re doing all the time.

Marketing is an ongoing process. When you have that idea, a idea, and you think, are people going to want to do that, or do it, or think about it, or pay for it, or whatever, just do it anyway. Okay? Do it anyway, and see what happens. It’s not about trying everything that everybody else is doing, it’s about doing something different, so that you stand out over everybody else. Have a fabulous day. I’ll see you soon.