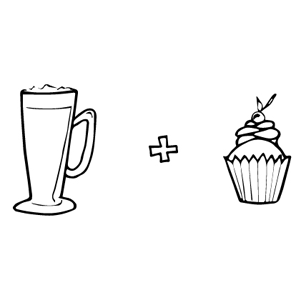 Most Business Owners and Marketing Managers I meet just want customers to walk in by finding them on Social Media, their Website or another activity they may be doing but forget about the people they are currently working with.

This is fine but if you want a regular increase in business and profit, this way is quicker…

It’s 68% more expensive to acquire a new customer than it is to up/cross sell to a current customer!

Whats the difference between Up-selling and Cross-selling?

Up-selling meaning – persuade a customer to buy something additional or more expensive.

By doing one or both of these two things, WILL generate more business!

For example; If a client purchases one of your products, offer them another product or service which complements the one they are already purchasing.

This could be for a number of reasons:

You could also offer it at a slightly discounted price… Although you may have heard Amanda talk about discounts and offers NOT being an option! You SHOULD be showing the customer the VALUE you will deliver, once they have purchased the product or service which then means the discounts or offers are irrelevant.

I understand that sometimes we either need to or want to get rid of something. So, in this case a reduced rate is appropriate, but what I want to ensure is that you do not playing a price war. ANYONE can reduce their price but what usually comes with that is also a reduced service or quality to the product.

You don’t want to be known for that!

3 Tips to get you started…

You should make Up-selling and Cross-selling a regular occurrence within your business to help push you towards your sales targets! Here are 3 tips to help you get started…

1. Segment your data/ Customer Base

You only need to put them into 3 sections; who are they, what have they already bought, what else could they buy… By segmenting your customer base, you will be able to see how much more business is available to you immediately!

This is about understanding the buying process within your own business. Which services are most popular, which ones are bought first, second and third, why your customer buys in that order. By knowing this information, you are ready to sell more because you will know what comes next.

Developing your customer journey takes customers from one place to the other. Firstly, not knowing who you are or what you do to finally buying from you and referring you on to others. Create a step by step process so you know what journey people take depending on your products and services as well as your marketing activities.

Putting an up-sell and cross-sell plan into place will show you how to get more business more easily and with the perfect customer!

Let us know how you get on by leaving a comment below.