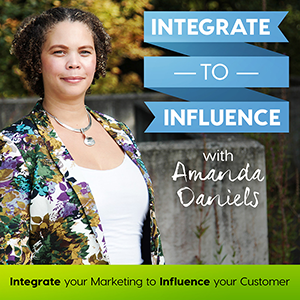 Click the play button to listen to this Episode! (23:01)
0.75x
1x
1.25x
1.5x
2x
0:00
23:01
DownloadLeave a ReviewShare Subscribe via RSSApple PodcastsListen in a New WindowSubscribe on AndroidStitcherGoogle PodcastsSoundCloudSpotifyPlayer Embed
Powered by the Simple Podcast Press Player

I recently delivered a half day workshop in Essex for a group of Business Owners at their monthly Mastermind Meetings to discuss email marketing and why they should be using it in their marketing mix of activities. The presentation is called “How to INFLUENCE using Email Marketing”… It went down very well, received some great feedback from the orgainiser and the delegates.

Over the last 2 months I have been asked more and more questions about email marketing so I have decided to break down the half day workshop in to 6 parts to make it more manageable and to give me enough time to talk about each topic.

Co-Creation and why is it important?

Marketing is the process whereby companies identify, anticipate and satisfy consumer wants and needs in a profitable way. Identifying consumers can be the first real issue, but once the company has identified their target audience and developed a following, it is important to understand them effectively, as if they can understand the way in which their consumer behave then meeting their wants and needs is much easier!

One business process which a number of well-known brands have begun engage in to make this understanding stage much easier is co-creation. This is where s collaborate with their consumers, to produce a product or service which is more thoughtfully aligned with their consumer’s needs. This is not only effective because it aids understanding, it also increases engagement with the brand, which is key for the development of long lasting consumer relationships.

There have been a few very successful examples of co-creation, which have effectively utilized the two main benefits discussed above, while also communicating an attentive approach in terms of consumer opinions. When implemented effectively co-creation can become a key part of any businesses marketing mix.

Boeing, for example implemented innovation through a co-creation scheme for their Boeing 787. This scheme invited consumers to help them design their newest air craft, in the hope of producing the most customer-centered air craft ever produced. In total over 20,000 people contributed to the creation of this product, leading to increased buzz around the product when it was launched and a product which genuinely considered consumers wants and needs in its design.

Coca-Cola also implemented a co-creation campaign back in 2012, when their advertising team were struggling to generate a truly original idea for their newest TV advertisement. So they launched a large-scale competition that called on Coca-Cola fans to produce their most create and original self-shot advert, claiming that the winner would be shown across their communication channels.

The winner of the competition showed a small child collecting glass Coca-Cola bottles and then transporting them to the beach where they were used to produce an amazing natural organ of sorts.

This was an example which highlighted the benefits that can be gained from co-creation, as this hugely original advertising concept would have never been thought of by a coca cola employee. Furthermore, it had a green/sustainable element to it, which Coca-Cola and a number of other large-scale companies are constantly trying to communicate.

While this might feel like a strategy which is most suitable for large-scale company’s, there are a range of different smaller scale ways in which SME can also implement co-creation initiatives. One key tool which SME’s can utilize to support the introduction of co-creation into their service is social media. As, social media can be used to communicate with consumers and let them know that there are co-creation opportunities, what they are, how they can be found etc. But what types of co-creation can small-scale businesses introduce?

Firstly, competitions, whereby consumers get to provide their opinion and influence the decisions that the company makes. Examples of this might be posting an Instagram picture of four different dishes and asking the consumers to decide which dish they want to see on the specials board that evening. Their votes could be cast through the number of hashtags in the comments for each dish, or a poll could be attached in the caption. Small scale implementations such as this take very little effort, but consumers appreciate and engage with activity of this kind, leading to much stronger relationships developing between consumers and brands.

Another way in which small-scale companies can co-create is by offering a highly customised service, whereby the consumers decide what they want. This is seen as the company and the consumer co-creating the product together, as the consumer can decide which factors they want and therefore do not have to compromise in any way. Small scale businesses can offer this sort of service in a number of ways, as for example, as small coffee shop might consider their consumers’ needs and consequently offer a wide range of different teas, coffees, cakes etc, from which the consumer can co-create their perfect experience.

Tied into this experience based co-creation can also be the music, and some businesses are even implementing systems whereby the customers can decide which music they wish to listen to, therefore not only making to goods customisable, but also a number of experiential elements.

Overall, co-creation is about seeing your customers as a source of innovation, excitement and inspiration, instead of an unreachable annoyance. As, once companies introduce co-creation into their marketing mix they will quickly recognize the huge benefits both in terms of engagement and consumer understand that they will gain. Leading to more effective marketing, and consequently increased revenue and profits.